Canadian Museum of Civilization Corporation
In this statue, the god Apollo, standing, may originally have held a lyre (now lost) in his left hand, above his waist. He pats a griffon, who is leaning against his leg, with his right hand. 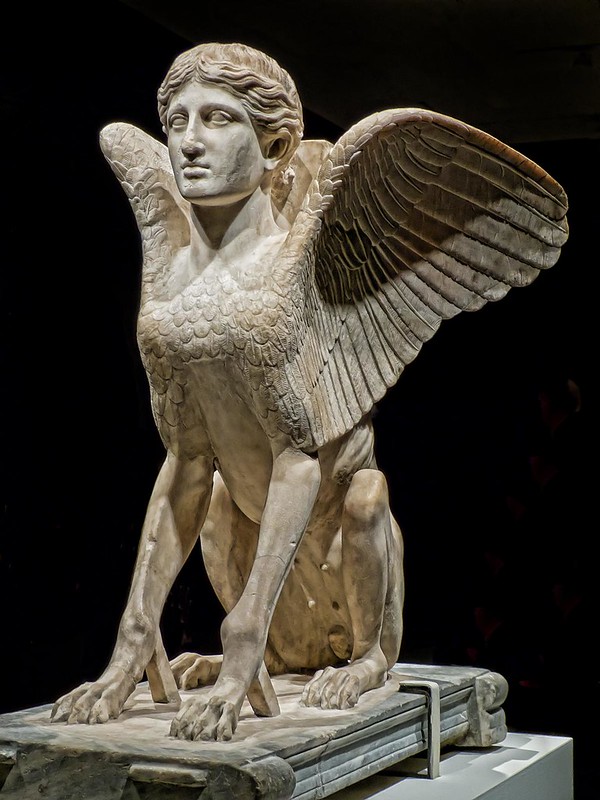 Sphinx probably a table support Roman 120-140 CE from Monte Cagnolo outside Lanuvium near Rome, Italy by mharrsch on Flickr.